In a recently unearthed 4200 year old grave in the East of Holland, archaeologists say they discovered traces of cannabis.

Near the town Hattermerbroek, the Dutch archaeologists found a pre-historic grave, dating back to around 2200 BCE. Spread over the bottom of the grave, they discovered the rests of an abundance of flowers. They now conclude that the pollen found in the rests came most likely from cannabis plants.

Speculations are made about the ancient tribe that left the grave and the uses that these people might have found for the cannabis plant, more than 4000 years ago. Some researchers say it may have been as a pain killer, much like modern-day medicinal marijuana others say it could have been used for its fiber.

The grave was discovered five years ago and has since been under close scrutiny of scientists. They were surprised by their discovery because historians assumed that cannabis was not in yet in use in this part of Europe in the third millennium BCE.

The researchers told the press they are preparing a 650 page book about these, and the other discoveries made in this part of Holland. 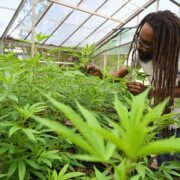 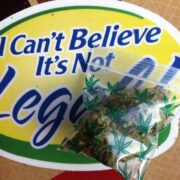 Birth Of The Coffeeshops
Coffeeshops Legal or Permitted?