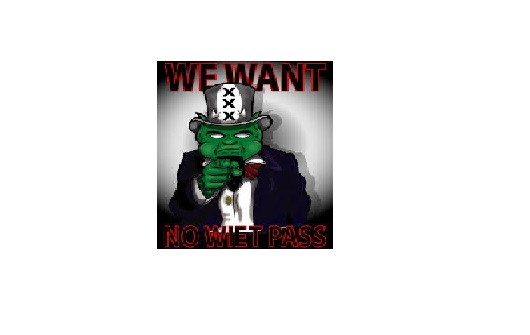 The Dutch government axed its proposed ‘weed pass’, meaning that coffeeshops will not become members clubs, and that there will be no government database containing the names of those who frequent them. Reason to celebrate, although there is a catch for those smokers from further afield that look to Amsterdam as the cannabis cornucopia. Mayor Van der Laan of Amsterdam and Minister of Justice Ivo Opstelten are at odds about what exactly was meant by the recent withdrawal of the weed pass proposal

Before September this year, when the VVD (conservative) cabinet held full power, they initiated the weed pass in the south Holland, with eyes to spread it across the nation on January 1st 2013. Mayor Van der Laan opposed the measures, stating that:

“The 1.5 million tourists will not say, ‘Then no more marijuana,’ They will swarm all over the city looking for drugs. This would lead to more robberies, quarrels about fake drugs and no control of the quality of drugs on the market. Everything we have worked toward would be lost to misery.”

Meeting popular derision in the south where the mesure has already been implemented, Minister of Justice Ivo Opstelten conceded that individual cities will retain the right to have the policies ‘tailored’ to their own requirements. Mayor Van der Laan assumes this will give him the right to tailor the policy out of existence in Amsterdam; whether or not this is the case remains to be seen. This could bring an end to the worries of the Dutch capitals’ cannabis industry, but could this confidence be premature?

A spokesman for the ministry of justice told news agency ANP that Van der Laan had not had permission from Opstelten to ignore the new rules and that the mayor jumped to conclusions. While the approach to each city would be tailor-made, it had not yet been decided how the new rules would be implemented, the spokesman said. So while most celebrate the death of the infamous weed pass, there is still a chance of change to the current system of tolerance.