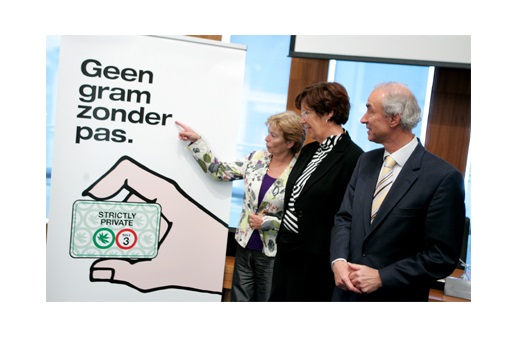 It looks like the Southern three provinces of The Netherlands will have to ban tourists from the coffeeshops from May 1st, and force Dutch customers to register themselves by applying for a so-called ‘Weed Pass’.

If all coffeeshops in Limburg, Zeeland and Brabant will actually comply with the new policy remains to be seen. Several shops have stated they will not enforce the new rules in their establishments. Coffeeshop owners say that by not comlying they hope to provoke an indictment that would give them a change to attest in court to the negative consequences of the implementation of this new policy.

The fate of the coffeeshops in the other nine Dutch provinces is uncertain. Following the collapse of the Dutch cabinet earlier this week, the implementation of the ‘Weed Pass’ and subsequent ban of foreigners in the rest of the country, due January 1st 2013, will be preceded by early elections, now planned for September. With cannabis law reform-favoring parties such as the Green Party and the Social-Liberals leading the polls, the question is; will the North of the Netherlands have make its escape?

As always, we’ll keep you posted.