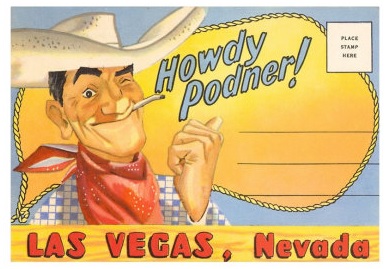 Several US states have legalized recreational use of cannabis but no state has yet created a state-sanctioned place for adults to legally consume cannabis. This leaves many consumers with no place to enjoy legal cannabis as no state permits public consumption. A bill in Nevada could make it the first state to allow for cannabis clubs.

”One can imagine a few social use clubs fitting in on the Las Vegas strip. Las Vegas could become the US-version of Amsterdam or Barcelona, where cannabis consumers can enjoy their product at a cafe or bar”, says Daniel Shortt from Cannalawblog.com

Senate Bill 236 would grant cities and counties authority to issue licenses to businesses wishing to allow cannabis use at their premises or to hold special events where cannabis use is permitted. Cities and counties would have the ability to establish an application process and create rules for these businesses. These businesses could not be located within 1,000 feet of a school or community facility, defined as a daycare, playground, public swimming pool, recreation center, place of worship, or drug or alcohol rehabilitation facility. Businesses could not allow consumption of marijuana in public view and could not allow individuals under 21 to enter the business or special event where marijuana is consumed. These licensed businesses could be the cannabis clubs that recreational states have been missing.

Legalization initiatives in California and Maine may allow for cannabis clubs, but those states have not drafted regulations addressing cannabis clubs. Alaska experimented with the idea of cannabis clubs but ultimately has not permitted such clubs. Oregon and Washington explicitly prohibit consumption of marijuana at a place of business. Some towns and counties in Colorado allow private clubs where individuals can consume cannabis but they are subject to local rules and regulations. For example, the City of Denver passed Initiative 300 last November to allow businesses to permit cannabis consumption, but the program has yet to be fully implemented.